Montana Memory: Re-Imagining the Delaney Sawmill TeePee Burner has received the prestigious Lewis and Clark Heritage Council 2019 Historic Preservation Award ! Big thank you to all the Lincoln (and beyond) community members who worked on taking this vision and making it a reality. 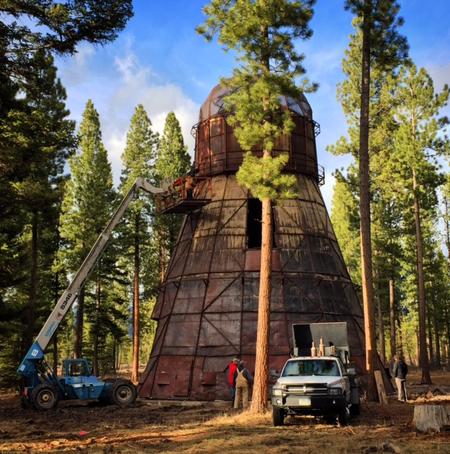 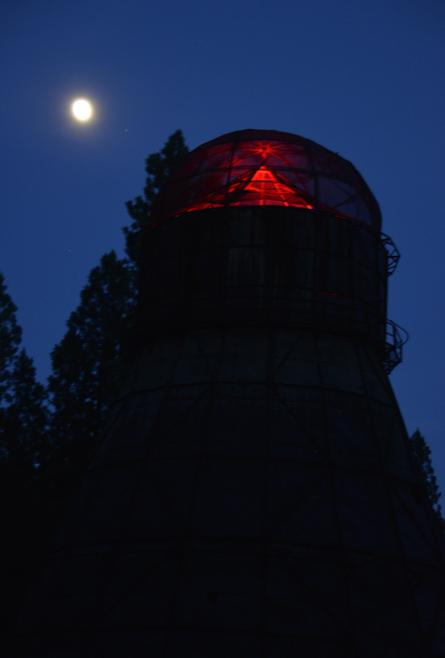 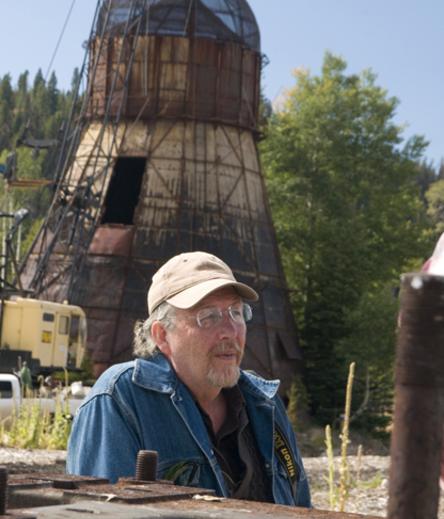 Blackfoot Pathways: Sculpture in the Wild

Once so ubiquitous in Montana and the Northwest, the TeePee Burners were testaments of a once thriving timber industry. This iconic piece of industrial heritage has all but disappeared from the landscape and with it the cultural heritage of generations of community members. Re-Imagining the Delaney Sawmill TeePee Burner preserves one of the remaining Lincoln area landmarks and uses contemporary art practice to invoke community memories and transfer knowledge to future generations.

The Delaney & Sons sawmill located at Landers Fork was the largest and most modern sawmill in the Upper Blackfoot Valley. In 1965 the Sawmill employed over 100 men during the peak summer season. Sadly the Sawmill closed in 1971 and its machinery was removed. The TeePee Burner, which was used to burn wood waste, remained on the landscape.

In 2014, Kevin O'Dwyer proposed to move the TeePee Burner into the sculpture park as part of a Montana Memory project celebrating the industrial heritage of the Upper Blackfoot Valley. During numerous visits to the Lincoln area O'Dwyer collected stories from local residents who talked about the TeePee Burner glowing at night as it burned wood refuse 24/7 while the mill was operating. O'Dwyer proposed to re-create this memory using photo-voltaic cells and LED lighting to reproduce the orange glow from the top of the Burner remembered in the 1950's and 1960's.

During September 2014 the TeePee Burner was dismantled and moved to the sculpture park. The base of the TeePee was rebuilt on site by community members. The remaining two sections was hoisted and installed in April. In June the LED lighting was installed to re-create the community memory - orange glow - for 2-3 hours each night.

During September 2015 the archival black and white images were mounted inside the TeePee Burner to tell the story of the logging industry in the Blackfoot Valley. The images were printed on steel and suspended around the interior perimeter. The interior space - 45 foot in diameter - will provide a space for the local community and visitors to use for temporary exhibitions, education and performance opportunities.

Preservation demonstrates recognition of the necessity of the past and of the things that tell its story.